Mandela: SA's greatest son laid to rest (slideshow)
The world watched as Nelson Mandela was finally laid to rest in his hometown of Qunu following a dignified and moving funeral ceremony on Sunday.

SA says goodbye to Tata (video)
Thousands of South Africans lined the streets of Pretoria to get a chance to pay their final respects to Nelson Mandela at the Union Buildings.

Reflecting on Mandela's state memorial (video)
We take a look at some of the high and low points of Mandela's memorial, including Barack Obama's speech, booing crowds and Desmond Tutu's reprimand.

Mandela: The sacrificial man (podcast)
On the final instalment of M&G Newsroom for 2013, Mandela family spokesperson General Themba Matanzima tells us about Madiba the family man.

Prayer and worship for Madiba (slideshow)
South Africans of all denominations have been gathering to remember Madiba since Friday evening.

100 ways to find the Madiba in you
Madiba's Journey App allows users to view the attractions on a map, build their own itineraries and share their own journeys on social media
> read more

Gugu Zulu may be no more but his dream, like Mandela's, endures
He came from a poor background, made it to the top and lived a full and happy life.
> read more

Madiba: Dancing to the tune of freedom
The 25th anniversary of Nelson Mandela's release from prison evokes memories of the biggest party Soweto has ever seen.
> read more

The magic of Madiba's dual personality
Mandela was a far wilier politician, and could be less saintly, than some other portrayals would have us believe, writes Robin Renwick.
> read more

Photographer says GCIS mum over R20m demand for Madiba image
The state agency allegedly responsible for distributing a picture of Madiba globally says it is seeking an amicable resolution to the matter.
> read more

Mandela's long and begrudging walk to Disneyland
Attempts to honour, or cash in on, the world icon have too often bordered on the farcical.
> read more
> read more news
Blogs
> read more blogs 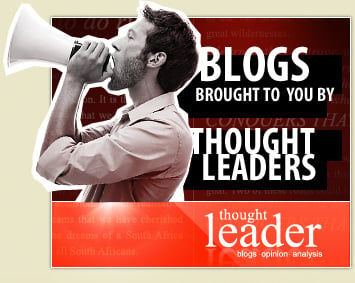